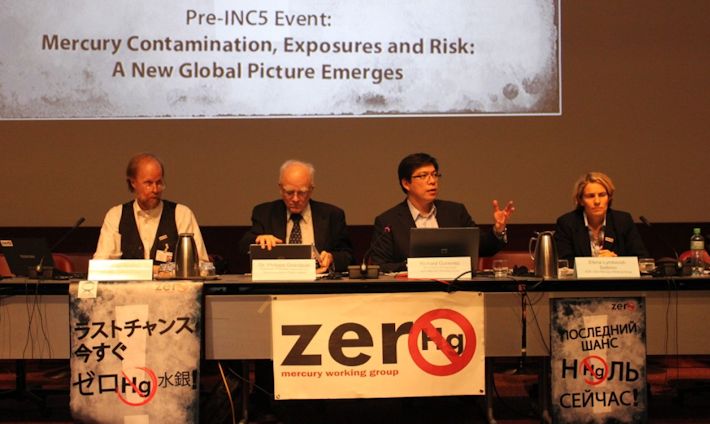 The Environmental Health Campaign is focused mainly on the elimination of mercury works at all scales: hospitals, provincial and national governments, the African region and the international treaty process. Along with the Zero Mercury Working Group, groundWork plays a key role in this process globally. This is one aspect of a wider campaign to eliminate toxics in production, in products and in waste.

groundWork is active in monitoring and facilitating the implementation of the Multilateral Environmental Agreements (Stockholm, Basel and Rotterdam) on toxics and waste trading, and in the Strategic Approach to International Chemicals Management coordinated by the United Nations Environmental Program (UNEP). It works with affected communities for the elimination of pesticide stockpiles and dumps through the African Stockpiles Program. 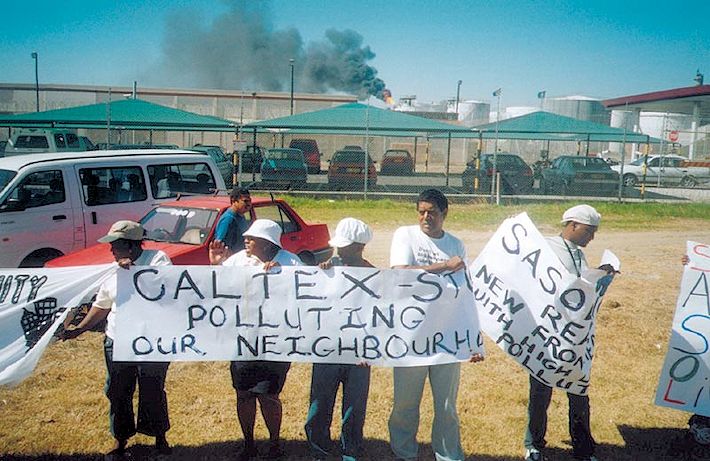 Air quality and waste are integral to environmental health while the implications of coal and climate change cannot be overstated. This campaign, therefore, works in tandem with the other campaigns to contribute to people’s understanding. It seeks to connect health care workers with local communities and link the environmental justice movement with health activism.

Mercury and chlorinated plastics have been a major concern in the health care sector. The incineration of plastics containing chlorine results in the development of dioxins and furans, which is on the United Nations Stockholm Convention list of 12 most dangerous chemicals.  In the 1990’s, the biggest source of dioxins in the United States was from incinerators burning health care waste. The second biggest source of mercury emissions were from the health care sector itself. In South Africa, groundWork has made significant inroads facilitating policy changes on the phase out of the use of mercury containing medical devices and health care waste incineration in KwaZulu Natal. The challenge now lies in getting this success extended to other provinces. 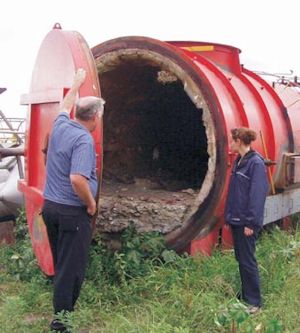 Through working with health care institutions on health care waste in South Africa, it has become evident to groundWork that there is a need for clinics – who offer primary health care – to understand the environmental determinants of community illness, especially in resource poor rural areas where people are exposed to a variety of chemicals because of poor agricultural and waste management practices.  It is often in rural areas where people work on dump sites that are used as a final resting place for a variety of waste, not only domestic waste.  It has not been uncommon to find health care waste discarded on dumps that are publicly accessible in rural areas. groundWork has worked with clinics to be able to give clinic staff a broad understanding of the possible environmental factors that could be causing patients illnesses.

Understanding chemicals within the environmental health context has been a key component to this work. There are various international and national processes that seek to manage chemicals in a responsible manner and groundWork actively participates in these forums.  One such forum is the African Stockpiles Program which seeks to manage persistent organic pollutants (POP’s).  Government is unaware of environmental concentrations of POP’s in South Africa. groundWork has worked with governmental health departments to establish protocols for bio-monitoring of POP’s in order to inform environmentally sound decision making in future.

The work on chemicals is especially important globally, because as the North develops stricter environmental governance and phases out toxics in the production processes in the global North, those production processes and their subsequent projects are all shipped to the global South.  However, POP’s and airborne chemical pollution often knows no boundaries and ends up in polar environments anyway as a result of climatic conditions. The Department of Environmental Affairs has not given this component of their work the necessary attention that it needs, and mercury emissions for instance have often been ignored despite the fact that South Africa was home to the Thor Chemicals mercury scandal and recently continues to find elevated levels of mercury in environmental media downstream of Thor, twenty years after the scandal. 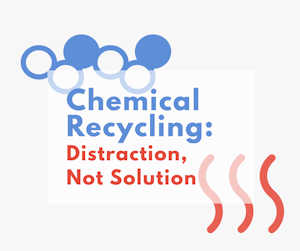 GAIA has released a new technical analysis authored by chemical engineers Dr. Andrew Neil Rollinson and Dr. Jumoke Oladejo. The report reveals that chemical recycling is polluting, energy intensive, and has a track record of technical failures. The plastic pollution problem is out of control, with the plastic industry planning on drastically increasing production in the coming decades. We have no more time or money to waste on dysfunctional and potentially dangerous techno-fixes like chemical recycling. As we recover from the economic ravages of COVID-19, we must invest wisely in proven, common-sense solutions that will support public health and a safe environment. Unlike expensive and risky technologies like chemical recycling, investing in zero waste systems is a more cost-effective and efficient approach that addresses the problem at the source, creates good jobs, and builds community resilience for decades to come.

You can read more about the GAIA technical analysis here.